Bodega Solaz is not only the largest family estate in the whole Europe, but also a captain category for quality wines producers. Thanks to the different solutions and strategies that their enologist, José María Nieto, implemented in the winemaking process, they managed to reconcile high production amount with high quality level and ensure wine quality on export markets. How? The first challenge of the winemaker was to extend wine shelf-life, particularly the production part dedicated to export. “We needed to make sure that the wine quality was preserved, even on export market, where our bottles can be opened 2 or even 4 years after bottling. Some of our customers keep the wine for several years, even for white wines, so we had to make everything possible to extend wine shelf-life”, explains José María Nieto. The bodega also noticed that some wines were evolving faster than others or that there could be some variations from bottling to bottling production. They decided to start working on gas management at bottling.

Getting consistent and low TPO with best-in-class bottling practices

The winemaker started using the NomaSense O2 to avoid oxygen pick-up at bottling, for each type of packaging: screwcaps, cylindrical closures and Bag-In-Box. They achieve systematical measurement of TPO (Total Package Oxygen) – which is the sum of dissolved oxygen in wine and gaseous oxygen in the headspace that are both consumed by the wine in the bottle once sealed – at the beginning, middle and end of each run. By controlling the TPO, they could identify that the greater oxygen pick-up was at the beginning of the run. As a result, the whole circuit is now inerted before any wine is pushed into the system. This lowers the TPO and allows for consistent results between the start and the end of the bottling. Regular TPO controls are still performed in their laboratory today. “We now get consistent TPO from the beginning to the end of each run at a maximum of 1 mg/L per bottle, our average TPO is around 0.7 mg/L”, says the enologist. Once this objective was achieved, the winemaker was interested in other applications in other phases of the process, to extend the life of their wine and prevent early evolution.

We implemented oxygen measurement with the NomaSense O2 along the whole winemaking process. Thanks to these controls, cellar employees discovered the impact of their work on wine quality, and they started to work with more care, to avoid uncontrolled oxygen pick-up in wines. For example, we achieve a better control when filling empty tanks or inerting pipes. We have standardized several cellar practices and put in place thorough inerting procedures, that we regularly control thanks to oxygen measurement to make sure they are efficient”

Managing carbon dioxide is as important as managing oxygen

The winemaker did not restrict controls to oxygen only. Dissolved carbon dioxide is also another parameter to control. “We needed to have a more reliable method to measure CO2 level in our wines. We were using a carbodoseur but the measurement was not accurate enough and we could not get the consistent carbon dioxide level in wines that was needed for several markets”, explains the enologist. Some of the Solaz red wines are bottled under screwcaps and need to get a carbon dioxide concentration under 600 mg/L. “For these wines we need to be just below the spritzy sensation, to enhance freshness without having a slight sparkling sensation. We decided to acquire a NomaSense CO2 P2000. This device helped us adjust the CO2 level in our wines very accurately but also make sure the CO2 concentration is the same for all bottles”, adds José Maria Nieto. As for oxygen measurement at bottling, the winemaker implemented regular CO2 measuring at the beginning, middle and end of each run. “Thanks to these controls, we do not take any risk of having too high CO2 level in our wine or having higher CO2 concentration at the beginning of the run. Now our carbon dioxide level is perfectly managed and consistent from a bottle to another. This allows us to get the right concentration adapted to each particular market in terms of consumer taste and preferences”, says José Maria Nieto. 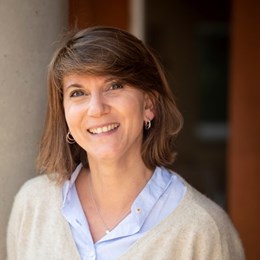